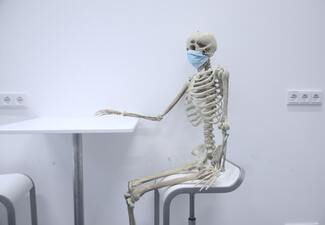 Have you created skeleton makeup for Halloween? So why waste time? Take pictures and post them on your social media feed with skeleton puns.

Halloween preparation starts at the beginning of October. From choosing a dress to creating a spooky look everything takes place. If you haven’t decided what to wear but you have already chosen your look. You might want to select your skeleton puns as well. Start your Halloween preparation with us. We are here to help you with your spooky looks and puns. To bring the spooky effects to your social media feed you need to post spooky skeleton pictures with puns.